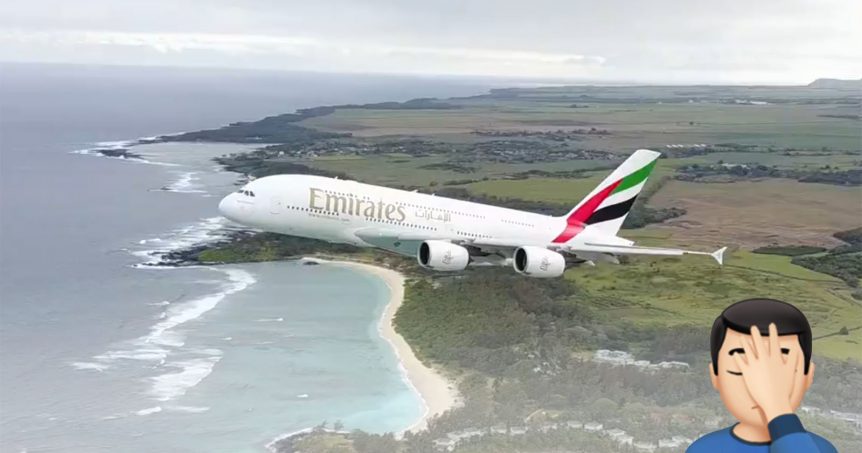 A new drone video has emerged that has people shaking their heads. The 2-minute clip shows a drone hovering a short distance away from an airport runway while an Airbus A380, the largest commercial airliner with seating for up to 525 people, takes off and whizzes right past the drone.

Fstoppers reports that the Emirates A380 was taking off from runway 14 of Plaine Magnien Airport on Mauritius Island in the Indian Ocean.

While the exact distance between the drone and the airliner is difficult to gauge from the video, it’s sufficiently clear that the drone is hovering too close from the aircraft from a safety point of view.

Still frames of the airliner flyby seen in the video.

The video was originally uploaded to Facebook by Air France A380 captain Thierry Paris, who found the clip and wrote “Hello flight safety!” in the caption before he subsequently deleted the video. The video has since been mirrored and reported on as an example of what not to do with a camera drone.